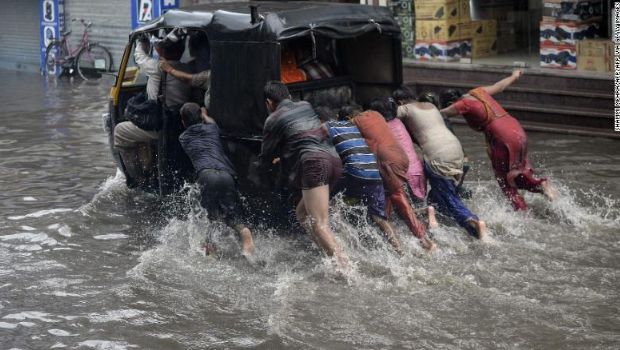 (CNN)Global warming is increasing the variability of India’s monsoon rains faster than previously projected, according to a recent study from the Potsdam Institute for Climate Impact Research (PIK).

For every degree Celsius of global warming, monsoon rainfalls will likely increase by 5%, according to one of the key points of the analysis.
While more rain might seem like a good thing, too much (or too little) can harm crops. India depends on this seasonal rainfall to help sustain the crops necessary to feed the second-most populated country in the world. However, the authors suggest climate change will negatively effect their agriculture if left unabated.

A more ‘chaotic’ and’ ‘erratic’ future lies ahead
India’s agriculture sector encompasses nearly 20% of its annual GDP and plays a “crucial role” in the countries well-being, according to the report. If climate change is left unchecked, residents should expect more “chaotic” monsoon seasons, which could negatively impact farming, according to climate scientist Anders Levermann, one of the lead authors of the study.

Rice, for example, a major source of sustenance across the Indian subcontinent, is highly susceptible to changes in rainfall. Crops need the precipitation, especially during the initial growing period. But too little or too much at once can harm the plants.