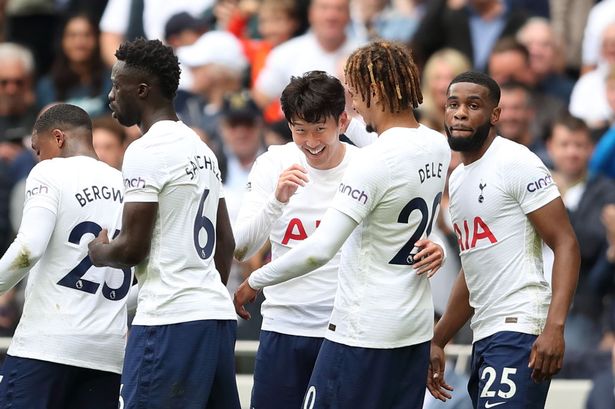 A fair survey and comparison between the two teams in the English premier league.

Tottenham Hotspurs has dominated the headlines by winning all their first official three Premier League matches. The scepticism surrounding Harry Kane’s future has been resolved when the 28 years old confirmed that he would be staying at the club.

Tottenham remains the only unbeaten club in the English Premier League this 2021-22 season. This is something that gives Spurs fans boasting instincts against their local Arsenal rivalries. It is the first time in Spurs Premier League history to win their first three league matches with a consecutive 1-0 victory.

Let’s see how Nuno Espirito Santo’s will fair in their next three matches against Crystal Palace, Chelsea, and Arsenal. Spurs have a solid defence and threatening forward, especially with the relief of Nuno Espirito Santo keeping Harry Kane from Manchester City in dire need of signing him.

On 15th August, Spurs celebrated as they beat Manchester City in their first match of the 2021-22 season at Tottenham Hotspur Stadium. Manchester City (defending Premier League champions) suffer an opening day defeat after a disappointing start in their opening match. Son Heung-Min sent an ultimate strike at the 55th-minute that proved the difference and enough to hand the hosts all three points.

Son Heung-Min delivered a free-kick in the 42nd minute, sending Spurs to the top with 9 points. This marked the 200th Premier League appearance for the South Korean professional footballer. He scored 107 goals and 64 assists for a total of 280 appearances at Spurs.

Mikel Arteta’s side dominated possession early, but goals from Sergi Canos and Christian Norgaard consigned Arsenal to an opening-night Premier League defeat at newly-promoted Brentford on Friday 13th. The kick-off at Brentford Community Stadium was tougher against Arsenal, with Alexandre Lacazette and Pierre-Emerick Aubameyang unwell and not available for selection.

The match was Brentford’s first top-flight English Premier league in 74 years. So the first opening match of the season was always a stiff test for Mikel Arteta’s side. Thomas Frank side managed a win of 2-0 against Arsenal, securing three points for the club.

Arsenal’s return to Emirates Stadium to play against Chelsea in front of an entire crowd proved to be a disappointing occasion too. Two goals from Thomas Tuchel’s side manifested Arsenal’s undoing in the first half.

At the 15th minute, Reece James received the ball on the right, turning it into an assist from close range to Romelu Lukaku (new Chelsea signing), who scored the first goal. At 35th-minute Recce James, appeared from right wing-back and scored the second goal.

On Saturday, Arsenal fans found themselves in a meltdown last weekend as Manchester City demolished the club 5-0 at Etihad Stadium. City made it a back-to-back victory with goals from Ilkay Gundogan, Ferran Torres (2), Gabriel Jesus and Rodri were all on target, securing three points for Pep Guardiola’s team. At the 35th minute, the referee sent off Granite Xhaka with a red card after a dangerous tackle on Joao Cancelo.

The Gunners were devastated after being reduced to 10 men against Manchester City. This marked Arsenal’s three defeats of opening English Premier League matches, nine goals conceded, and zero goals scored from Arsenal. Arsenal is heading to the international break leading at the bottom of the table for the first time in football history.

Arsenal Eased Into the Third Round of the Carabao Cup on Wednesday Night Against West Brom.

Considering their current position, let’s see what Mikel Arteta’s team will have after the international break against their next rivalries against Norwich, Burnley, and Tottenham Hotspurs. Despite Arsenal’s threatening Premier League state, they emerged victorious courtesy of 6-0 during last Wednesday’s match against West Brom.