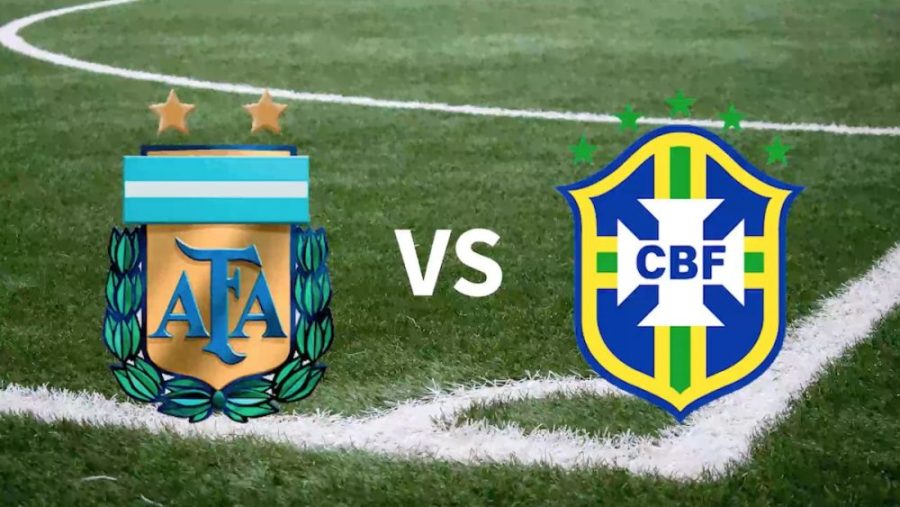 Some of the greatest football rivalries, Argentina and Brazil, face Uruguay and Colombia in live-action on Sunday night. The two are some of the most prosperous nations in international football history. Argentina dismantled Uruguay in a 3 – 0 win thanks to Lioneli Messi’s opening goal and goals from Rodrigo Javier De Paul and Lautaro Javier Martínez.

On the other hand, Brazil had a slow-moving performance that ended up in a draw at the Estadio Metropolitano in Barranquilla.

Brazil Goalless Stalemate at the Estadio Metropolitano in Barranquilla

Brazil plays away at Estadio Metropolitano Barranquilla against the Los Cafeteros for the South American World Cup Qualifiers Sunday night. Despite the Seleção (The Golden Squad) calling the shots in the first half, they could not get a goal to keep them ahead. Los Cafeteros also leveled up early to keep up with the Seleção’s pace. Neymar Junior did well as the team’s leader despite failing to motivate a victory at Barranquilla.

Neymar’s attacking pace in the opening quarter was brilliant. However, the Colombian goalkeeper, David Ospina, made some great saves from efforts by Lucas Paqueta and Neymar Junior. Both the hosts and visitors shared an equal number of four shots on target, although players from either team were not in a position to execute them well.

Reinaldo Rueda and Tite’s sides had equal chances in the second half, but neither took advantage of these opportunities. Alisson Ramses Becker made stunning saves from Juan Quintero and Mateus Uribe to keep Brazil on its toes. Danilo Luiz da Silva and Marquinhos did so much for the team on the right back to defend against the threatening Colombian attacks.

Seleção, still at the top with 28 points, qualifies automatically for the 2022 World Cup in Qatar. Brazil has won all their last matches, having scored 22 goals keeping them at the top of the table. Currently, they maintain a 6-point lead over Argentina that sits at the second position. The Colombian national football team sits at the 5th position with 15 points.

Luis Suárez led La Celeste (The Sky Blue) in a 5-4-1 formation, leaving Edison Cavani on the bench. Uruguay faced a defeat of 3 – 0 at El Monumental Stadium.

Lionel Messi opened the first goal in the final quarter of the first half, followed by the other two goals from Rodrigo Javier De Paul and Lautaro Javier Martínez.

The first half was tough for both rivalries until Argentina opened up with the first goal. The La Albiceleste (The White and Sky Blues) kept up their first and second half unbeaten to close and secure three points as the second at South America 2022 World Cup Qualification Campaign with four points ahead of Ecuador, which lies in the 3rd position.

Lionel Messi said the game was challenging, great, and the group had to win since La Celeste sits behind them on the table, which is quite threatening. Once Lionel Messi scored the first goal, the team opened up and found spaces, and more goals came in. On the other hand, Luis Suárez utilized his three cutting-edge chances but could not get a single goal for Reinaldo Rueda’s side. Emiliano Martinez saved two of his shots while the third one came close to the goal post.

Lautaro Martinez’s shot collided with the bar, landing onto the goal line, and it bounced back to safety. At the 38th minute, Lionel Messi had a bizarre chip shot that deflected past the goalkeeper Fernando Muslera through Nicolas Gonzalez, who could not get on it with his left boot before landing in the bottom corner of the post putting Argentina’s side in front.

It was a disaster when Rodrigo Javier De Paul doubled with another goal, giving Argentina a 2 – 0 lead in the first half. In the second half, the La Albicelestes were still in control of the ball. In the 62nd minute, Lautaro Javier Martínez secured another goal making it 3 – 0 for Argentina.

Fernando Muslera made significant saves from Angel Di Maria and Lautaro Javier Martínez during the start and end of the match. Uruguay currently sits at the 4th position with 16 points, one point away from the Los Cafeteros (Colombian National team).

โพสต์ก่อนหน้า
1xBet Mobile Sports Gaming App
โพสต์ต่อไป
How Do I Get A 1xBet Welcome Bonus?