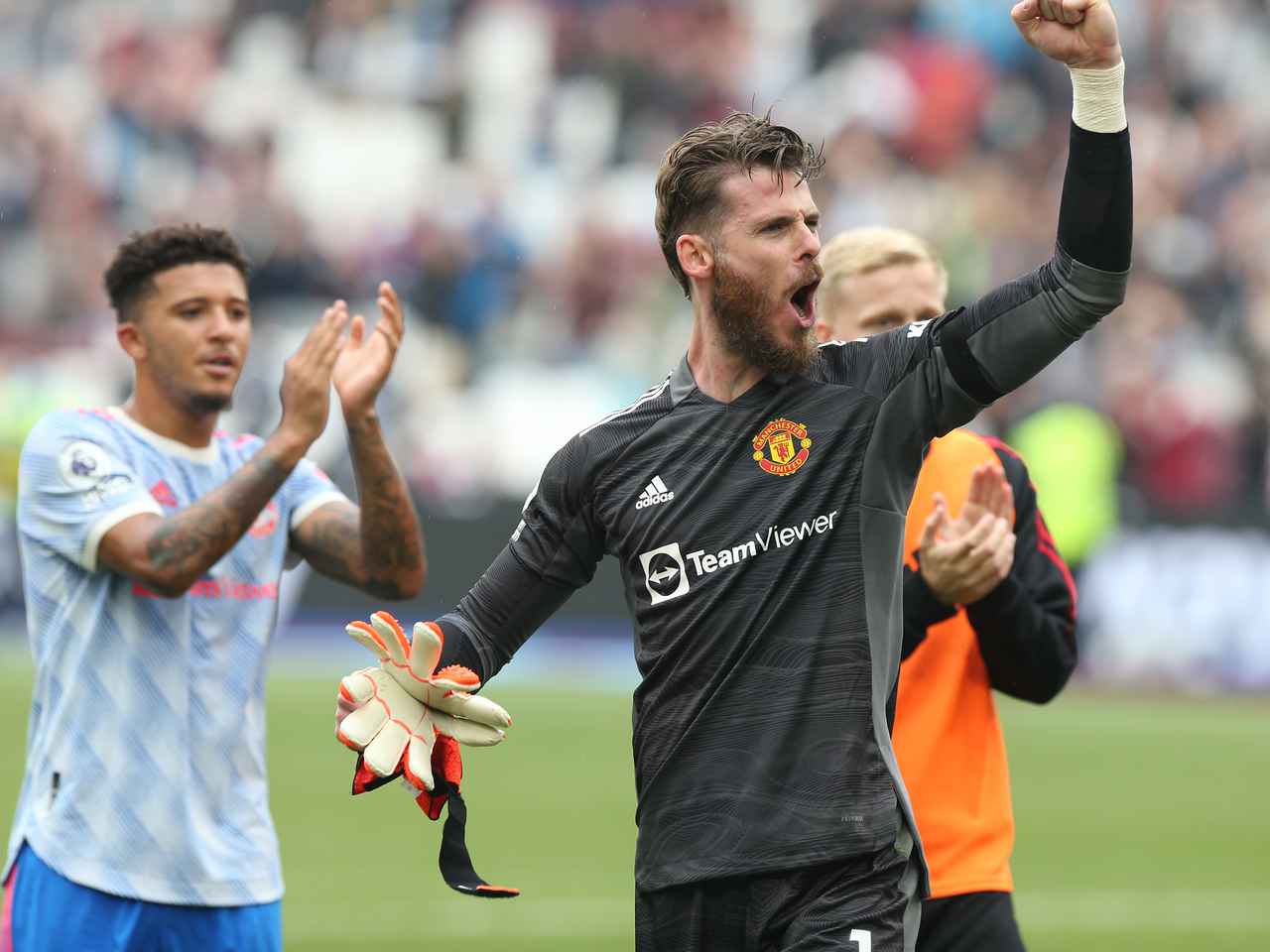 Solskjaer deserves to take credit over the Manchester United 2-1 win against Westham on Sunday 19th. After making a brave decision in terms of substitutes, this is after bringing on Jesse Lingard and Jadon Sancho in place of Mason Greenwood and Paul Pogba. Solskjaer praises Ronaldo and Lingard for their heroic performance that secured three points for the club, and more importantly, De Gea’s penalty save.

In the final minute of injury time, West Ham was awarded a penalty, but De Gea saved Substitute Mark Noble’s penalty shot. That was Noble’s FIRST touch in a chaotic finale. After David Moyes’s controversial decision to bring Mark Noble off the bench to take the penalty. West Ham fans and supporters were full of confidence when they saw Noble entering the field since he hasn’t missed a penalty kick since 2016.

Manchester United’s victory over Westham United will live long in the memory of spectators as they claimed the vital three points in the capital. Following a midweek disappointment against Young Boys, the triumph against David Moyes’s side will do Ole Gunnar Solskjaer’s squad a world of good.

Benrahma put West Ham ahead on half an hour when his shot rebounded heavily off United defender Raphael Varane to wrong-foot De Gea. The goal gave the host an early lead, but Cristiano Ronaldo equalized five minutes later in the first half. Ronaldo leveled when Lukasz Fabianski could not hold his first-time shot, and the Portuguese star followed up to poke the ball home from a yard out.

The second half was uneventful until the 89th minute when Jesse Lingard came on in the second half and netted the match-winner with a brilliant strike against his former side. David De Gea’s late penalty triumphs Lingard’s strike on the drama scale, handing Man United victory in east London. The Spanish professional footballer had failed to save more than 40 last penalties he has faced, with the last save coming in April 2016 against Everton to end that unfortunate run.

West Ham’s first defeat of the season, and Man United now goes back to January last year for their last loss on the road. Martin Atkinson rejected West Ham’s appeals for a foul by fullback Aaron Wan-Bissaka on West Ham midfielder Tomas Soucek because of an offside decision.

Most notably, Ronaldo failed to get a penalty in the closing stages when defender Kurt Zouma tackled him because the striker was already going down. West Ham fullback was also lucky to get away without conceding a penalty when he left his knee out for Ronaldo to run during a burst into the box.

Solskjaer takes a swipe at Rio Ferdinand For Questioning His Authority

Ole Gunnar Solskjaer has responded to criticism from his former teammate Rio Ferdinand. That is after the retired defender questioned whether Cristiano Ronaldo had undermined his manager by appearing to back orders from the touchline during the opening 2-1 defeat in the Champions League match against the Young Boys.

Rio Ferdinand was watching the match for BT sport. He did not seem pleased seeing Cristiano Ronaldo standing on the touchline shouting towards the pitch after being substituted by Solskjaer, having his place taken by Lingard. This wasn’t the first time the cameras have caught Ronaldo airing his views from the bench, as he did the same at the Euro 2016 final after going off injured in the first half.

The Norwegian professional football manager hit back at Ferdinand ahead of the Red Devil’s trip to the London Stadium in the English Premier League.

“Rio Ferdinand comments on things he does not really know,” Solskjaer said. As per the telegraph, “It should have been a yellow card for the boy when he brought down Nemanja Matic. Both Bruno Fernandez and Cristiano Ronaldo, as competitive as they are, I had them on my shoulder. They were there for a brief moment and shouted to the referee. That was the aggravation of the referee making bad decisions against us. However, both sat down.”

Solskjaer concluded by saying that he knows that there is only one man allowed in the technical area. That is Michael Carrick, Mike Phelan, or Kieran McKenna up there. So he didn’t have a problem with them showing some passion.